Since it was established, Mistra EviEM cooperated with the Collaboration for Environmental Evidence (CEE), and in April 2013 it became a CEE Centre. The CEE is an international network of scientists and environmental managers working towards the conservation of biodiversity and a sustainable environment by promoting systematic reviews of environmental issues. The network was launched in 2007, and the aim is that the results should bring benefits for both environmental policy and practical environmental management. 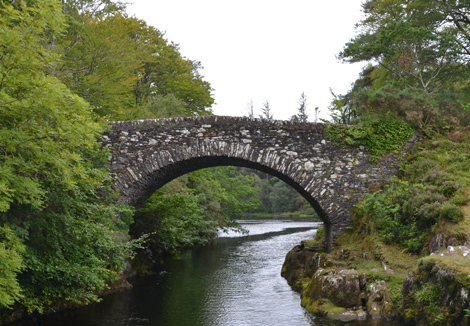 The CEE was an initiative of the Centre for Evidence-Based Conservation (CEBC) at Bangor University in Wales, which was set up in 2003 to support decision-making in environmental management. The CEBC looks after the administration of the CEE, hosts its website and library, and provides the editorial office for its journal Environmental Evidence.

The network now has six centres. Besides the CEBC in the UK and Mistra EviEM in Sweden, they include CEE Johannesburg in South Africa, the Centre for Evidence Informed Policy and Practice in Australia, Centre for Evidence-Based Conservation and Environmental Management in Canada and La FRB centre pour la Recherche sur la Biodiversité in Paris. All of these centres promote evidence-based environmental management, but they are somewhat differently organised.

CEE Johannesburg consists of a team of academics at the Centre for Anthropological Research, University of Johannesburg, who conduct systematic reviews of development and environmental issues. It was set up to ensure that environmental questions of particular importance to Africa are systematically evaluated.

The Centre for Evidence Informed Policy and Practice (CEIPP) was established in October 2014 as a collaboration of leading researchers and practitioners advancing the development and implementation of evidence based decision making in the Australian environmental sector.

The Centre for Evidence-Based Conservation and Environmental Management in Canada, which is based at Carleton University (Ottawa, Ontario), is the first CEE node in North America thus ensuring that this centre is regionally and nationally relevant yet connected with global efforts.

The centre in Paris is the most recent one in the CEE network. It started in August 2015 and is connected to Fondation pour la Recherche sur la Biodiversité.

CEE Centres encourage others to perform systematic reviews in an appropriate manner. This can be done, for example, by running training courses in review methodology or providing advice and mentoring for review teams. Other important functions of centres include raising awareness of evidence-based environmental management, spreading knowledge about and interest in systematic reviews, and identifying suitable topics for new reviews.