How does biological mosquito control with VectoBac G affect the environment and human beings?

On behalf of the Swedish Environmental Protection Agency (EPA), Mistra EviEM conducted a pilot study on different effects of biological mosquito control with the VectoBac G. This pilot study showed that while much is already known about certain aspects of the control agent, there is still a lack of research on some of its other aspects. Nevertheless, two questions suitable for a systematic review could be identified from this study. 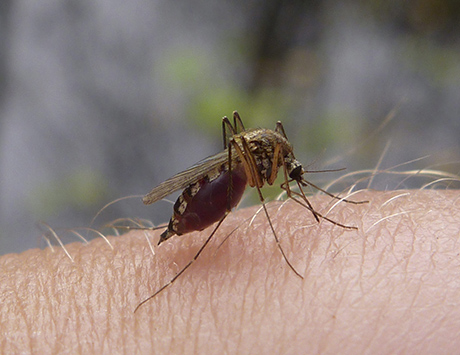 Different methods have been used to tackle the abundance of mosquitoes in flooded areas. Controlling mosquito populations is needed because diseases can be spread via several species of mosquitoes, and mosquitoes may be perceived as a major nuisance by both humans and animals. One control method uses VectoBac G, a granular formulation of the bacterium Bacillus thuringiensis subsp. israelensis (Bti).Bti-based insecticides have been commercially available in many countries on every continent since the 1980s. The bacteria are highly toxic for mosquito larvae but have no effect on mosquito eggs, pupae or adults. However, using Btias an insecticide is not entirely uncontroversial in Sweden. Among other things, treated areas in the lower River Dalälven basin are located close to, and even within, protected Natura 2000 areas. Therefore, there is concern that Bti could have negative effects on the environment and ecosystem in these areas.

Based on discussions between the Swedish EPA and Mistra EviEM, as well as on the government commission addressed to the Swedish EPA, a number of potential questions for a systematic review have been raised. Some of them are easy to answer because several studies with largely consistent results already exist. For instance, it is well established that the efficacy of Bti-based products for controlling mosquito larvae is high. Regarding other questions, however, few relevant studies have been conducted, and therefore, more research is needed. For example, few studies have touched upon the relationship between Btitreatment and water quality. In the scientific literature database Web of Knowledge, no study could be found where the nutrient budget was investigated in Bti-treated areas.

In various published studies on other questions, the results can differ very much from each other. In such cases, further evaluation of the overall literature would contribute to a better understanding of the topic, e.g. through a systematic review. The pilot study identified two possibly suitable questions for such an evaluation: