On 27th of April, The Royal Swedish Academy of Agriculture and Forestry organizes a seminar about the sequestration of organic coal in agricultural land. 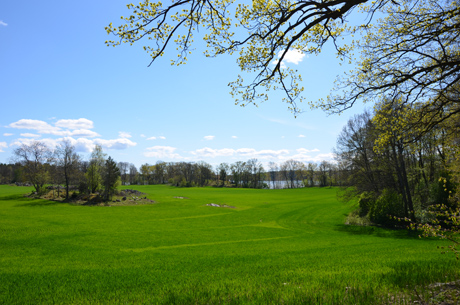 In order to reach the temperature target of the Paris agreement, in addition to minimizing the fossil fuel emissions, an increase in sequestration of emissions from the atmosphere is needed. This can either be done with advanced technology such as “Carbon Capture and Storage” or by increasing the deposition of carbon in vegetation and soil. A higher humus content also gives positive effects on harvest, including better soil structure, increased infiltration, improved nutritional and water retention ability and increased biological activity.

A global initiative called the 4-promille initiative, which the Swedish Government has signed, aims to increase carbon storage in agricultural land. The name refers to the fact that all carbon dioxide emissions from fossil sources could be trapped in the soil if its carbon content increased by 0.4 percent per year. The strategy for climate and air conservation, by the All Party Committee on Environmental Objectives, also raises the potential for sequestrating carbon in agricultural land. Measures mentioned are reduced tillage, perennial lay and cover crops.

At this seminar, the state of knowledge is presented about carbon sequestration in agricultural land. Results from a systematic survey based on 735 longitudinal field trials will be presented by, amongst others, Mistra EviEM’s Neal Haddaway, as well as results from ongoing Swedish research. The reports are available on Mistra EviEM’s website.

The seminar is organized by MISTRA EviEM in cooperation with KSLA, the Swedish Board of Agriculture, Lund University and SLU.

Read more about the event on the website of KSLA