Vegetated strips (permanently vegetated land within or around agricultural fields) are used to reduce the impacts of intensive farming activities in a variety of ways: for example, by providing habitats for organisms, and by intercepting pesticides and nutrients as they leave fields in surface and ground water. A large volume of research exists regarding the use and efficacy of vegetated strips, and EviEM has produced a systematic map on the topic. 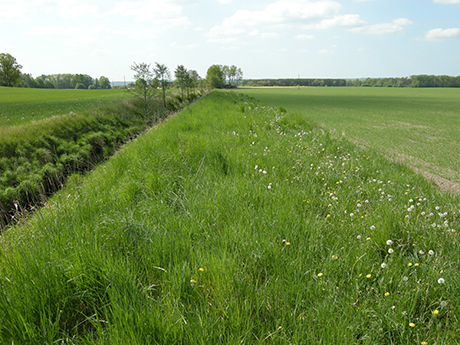 Intensification of agriculture over recent decades has caused a severe decline of biodiversity in agricultural landscapes across Western Europe. The establishment of permanently vegetated strips around agricultural fields to reduce the environmental impact from intensive agriculture, especially on water-courses, is a common intervention across the region: these strips are important components of agri-environment schemes in the UK, Germany and Switzerland. They are established for a number of reasons, including: to promote biodiversity; to minimise runoff of pesticides; to prevent the loss of soil from farmland; and to reduce the leaching of nutrients.

In Sweden, some 11,000 hectares of farmland is set aside as vegetated strips, but this has the potential to reach 100,000 hectares under future environmental protection plans. From 2011, vegetated strips (buffer strips) are mandatory along river courses where certain pesticides are used. 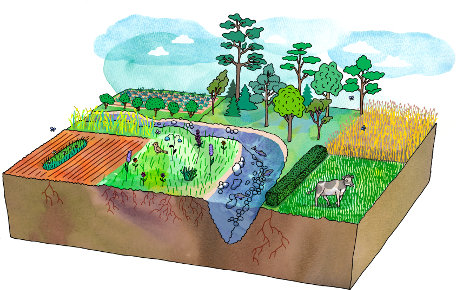 Several key questions regarding vegetated strips remain to be answered, e.g. whether higher abundances of pollinators or predators in strips lead to (i) increased pollination/biological control in surrounding fields, and (ii) increased biodiversity also at the landscape scale, not only a redistribution of species and individuals within the landscape. Furthermore, stakeholders have sought information on how vegetated strips should be created and managed to fulfil their multiple purposes (providing ecosystem services, conserving biodiversity, counteracting fertiliser runoff, minimising soil erosion, and restricting pesticide drift).

We have undertaken comprehensive searches for studies investigating the impact and effectiveness of vegetated strips in and around boreo-temperate farmland. We identified 1,072 relevant research studies and catalogued them in a systematic map database. We also identified 130 relevant literature reviews, which were catalogued in a second database.

The volume of evidence on the topic is increasing steadily. The most commonly studied strips were field margins, hedgerows, shelterbelts, and riparian buffers. The majority of evidence came from the USA and the UK (32% and 20% of the evidence base, respectively). Around 70% of the evidence was related to arable fields. Half of research studies focused on field edge strips, a quarter on riparian strips, and a small proportion on in-field strips. Terrestrial biodiversity, nutrients (nitrogen and phosphorus) and soil/water loss or retention were the most commonly measured outcomes in primary studies and reviews. The group of ecosystem services most commonly examined was regulating services (such as pollution control and erosion protection), followed by supporting services (such as biodiversity and pollination). The most frequently reported single ecosystem service was biodiversity, followed by pollution control and nutrient cycling.

Our review has identified a suite of knowledge clusters, where further synthesis through systematic reviews is feasible, and knowledge gaps, where further primary research may be needed. Decision-makers can use our map and the accompanying evidence atlas (an interactive geographical map showing where the research was conducted) to identify policy areas or locations where evidence is lacking or where it is present and might help shape policy.

A link to our report on the systematic map can be found in the margin at right. 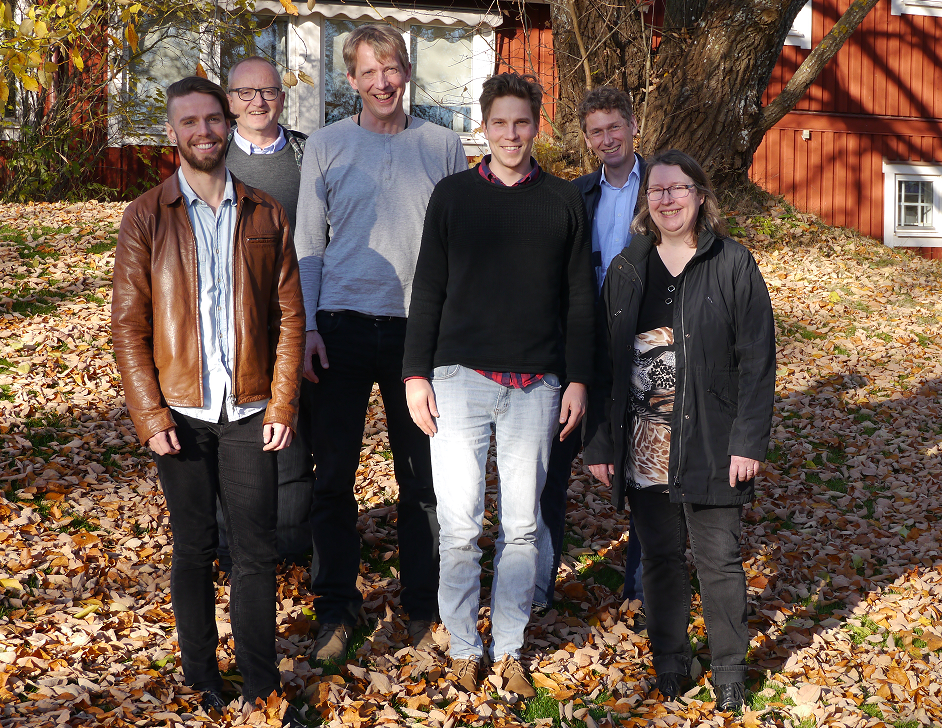