SR9 Roadside management and the diversity and dispersal of species

EviEM has conducted systematic mapping of the available evidence on how different kinds of roadside management affect biodiversity and species dispersal. About 300 studies relevant to this topic were identified. 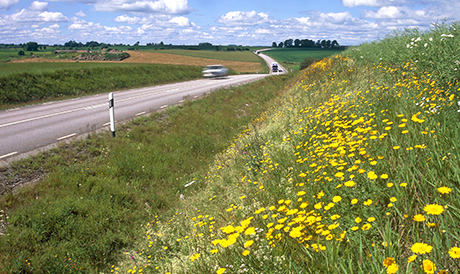 Roadsides have become important habitats for a considerable number of species that have been displaced from other parts of the landscape. Many species that were previously mainly associated with e.g. meadows and pastures now thrive along the roads instead. For example, almost 300 animal and plant species included in the Swedish Red List of threatened species are found in roadside habitats. Roadsides may also act as dispersal corridors for both native and alien species.

Current recommendations for roadside management to promote the conservation of fauna and flora are mainly based on botanical studies in meadows, pastures and similar open grasslands. However, the use of road salt for de-icing, ditching and reinforcement activities, sowing of exotic plant material and other measures specific to the maintenance of roads and roadsides are likely to impact animals and plants differently to traditional management of open grasslands. Therefore, key stakeholders have emphasised the need for more targeted management recommendationsbased on studies actually performed along road verges.

In 2015, following a suggestion by the Swedish Board of Agriculture, EviEM initiated a review of how the diversity and dispersal of species are affected by various kinds of roadside management. The review team was chaired by Regina Lindborg, Professor of physical geography at Stockholm University, and the review project was managed by Claes Bernes, EviEM.

Systematic mapping of the available evidence

Initially, our searches for literature identified more than 7,000 articles as possibly reporting effects of roadside management on biodiversity or species dispersal. Through several stages of screening, most of these articles were subsequently excluded, but after close reading, 207 articles describing 301 studies were assessed as useful. 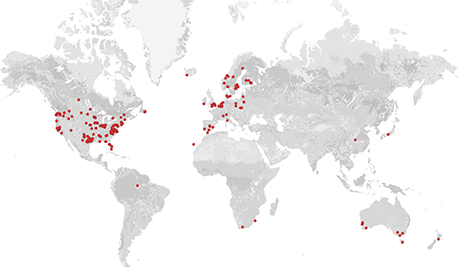 We searched for relevant studies from anywhere in the world, but more than two thirds of the studies finally included were conducted in North America, with most of the rest performed in Europe. More than half of the studies were published in grey literature such as reports from agencies or consultants.

The interventions most commonly studied were herbicide use, sowing and mowing, followed by soil amendments such as mulching and fertiliser additions. The outcomes most frequently reported were effects of interventions on the abundance or species richness of herbs/forbs, graminoids and woody plants. Effects on insects and birds were reported in 6% and 3% of the studies, respectively.

Data on all of the 301 included studies are available in an Excel file, and also in an interactive Geographical Information System (GIS) application. The GIS application shows the locations of the studies on a map of the world, it displays all information that we have recorded on the studies, and it allows the user to select studies of any special kind that may be of interest. A brief explanation of how the GIS application can be used is available here.

Our systematic map provides a key to finding concrete guidance for conservation- and restoration-oriented roadside management from published research. As such it should be of value to a range of actors, including managers and policymakers. However, the map also highlights important knowledge gaps: little data was found for some geographical regions, research is heavily biased towards effects on plants, and we found no study on how species dispersal was affected by roadside management. The map could therefore be a source of inspiration for new research.

The review team continued with a full systematic review of a subtopic of high importance to environmental conservation, namely how vascular plants and invertebrates along roadsides are affected by mowing, grazing, burning and selective mechanical removal of plants (see link below). 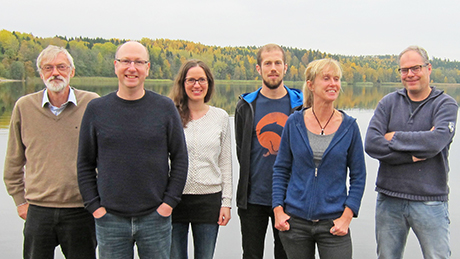 Review SR17 – How does roadside vegetation management affect the diversity of vascular plants and invertebrates?