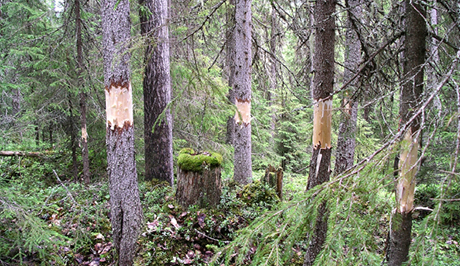 Several different interventions can change the occurrence of dead wood

Dead wood is a key factor for biodiversity in most forest ecosystems. It is also the most critical resource lost when natural forests are converted into production forests. In recent years, many attempts have been made to remedy the current lack of dead wood in forests that are (or have been) under commercial management. Nonetheless, it is not entirely clear to what extent such interventions are beneficial for flora and fauna.

In 2014-2015, EviEM produced a systematic map of available evidence on how various kinds of management affect biodiversity in protected forests (see the SR6 review). We identified more than 800 studies that addressed this issue. Many of them described interventions that affected the occurrence of dead wood and saproxylic species. We have since proceeded with a full systematic review of the results presented in the latter set of studies.

The primary aim of the systematic review was to clarify how forest biodiversity is affected by manipulation of the quantity or quality of dead wood. We examined three kinds of manipulation:

The ultimate purpose of the review was to investigate whether these kinds of manipulation of dead wood are useful as means of conserving or restoring biodiversity in forest reserves and other forests set aside from commercial forestry. Nonetheless, we also included any useful studies made in forests under commercial management. Our focus was on forest types represented in Sweden, but we included relevant studies made in boreal or temperate forests anywhere in the world.

A total of 37 studies reported results that we were able to synthesise by means of meta-analysis. Although outcomes were heterogeneous, the analyses showed that dead-wood enrichment has positive effects on the abundance and richness of saproxylic insects and fungi. The positive effect on saproxylic pest insects was smaller than that on saproxylic insects in general. The abundance and species richness of ground insects and cavity-nesting birds were not significantly affected by dead-wood enrichment.

Although reviewed studies were mainly short-term, our results support that any kind of manipulation that increases dead-wood amounts has the potential to increase the diversity of dead-wood-dependent species. Studies of burning showed positive effects on the abundance and richness of saproxylic insects similar to those of other interventions, even though the average dead-wood enrichment resulting from burning was lower.

We concluded that manipulating dead wood can be an effective part of conservation management, especially in areas with low levels of available dead wood. Additionally, the diversity of dead-wood types is important: a mix of dead-wood qualities should be favoured and can often be accomplished with prescribed burnings. However, to benefit cavity-nesting birds, snag losses need to be minimised. 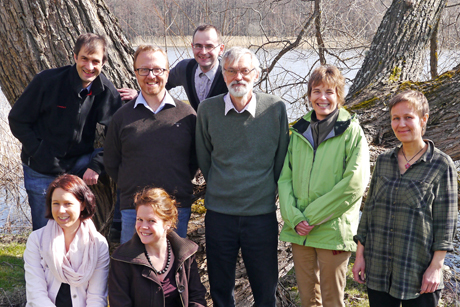