SR15 How does prescribed burning in temperate and boreal forests affect biodiversity?

How does managed burning in forests affect species that do not directly depend on fire or the dead wood that fires provide? Mistra EviEM examined the evidence from a recently completed systematic map on biodiversity effects of active management in forest set-asides. 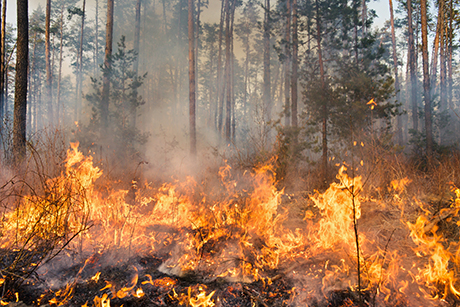 A forest fire in progress. Copyright: Dmytro Gilitukha, from iStockphoto

A need for regular fires

Many forests are thought to require regular fire regimes in order to allow fire-dependent species to grow and reproduce. Prescribed fires are also beneficial since they reduce the chances of catastrophic, uncontrollable wild fires by removing highly combustible scrubby vegetation. This type of management is common in many temperate and boreal forests, where the forests are managed in a variety of ways in an attempt to promote good tree growth, enhance biodiversity, reduce undesirable species, and ensure a healthy ecosystem.

In 2014-2015, EviEM produced a systematic map of available evidence on how various kinds of conservation interventions affect biodiversity in forest set-asides (see the SR6 review). We identified more than 800 studies that addressed this issue. Of these studies, 227 examined the impacts of prescribed burning. EviEM has now conducted a full systematic review into the impacts of prescribed burning of temperate and boreal forests on species that are not saproxylic (those that depend on dead wood) and not pyrophilous (those that require fire to complete their life cycles).

The aim of the review was to identify whether and how biodiversity of boreal and temperate forest set-asides is affected by prescribed burning. A secondary objective was to determine what conditions increase or decrease its effectiveness.

A total of  244 studies (from 235 articles) were included in this review. Most studied forests were located in the USA, with the rest located in Canada, Europe and Australia. Eighty-two studies were included in the quantitative synthesis. For each group of taxa, we identified a small to moderate volume of evidence, and heterogeneity was ubiquitous. Prescribed burning had significant positive effects on vascular plant richness, non-native vascular plant richness, and (in broadleaf forests) herbaceous plant richness.

Knowledge gaps were found for studies outside North America, in mixed forests and for non-plant organism outcomes. We identified a need to apply study designs consistently and appropriately, and to provide extensive detail in study reports. We recommend that researchers build long-term datasets charting the impacts of prescribed burning on succession.

Rather than making any general recommendations on the use of prescribed burning for biodiversity restoration, we provide an evidence atlas of previous studies for researchers and practitioners to use.  We observe that outcomes are still difficult to predict, and any restoration project should include a component of monitoring. Prescribed burning may have harmful effects on taxa that are conservation-dependent, and careful planning is therefore needed.

The review was undertaken by a core Working Group of methodologists, and they were supported by an Advisory Team of experts in the subject and methodology of the review and reviewing in general. 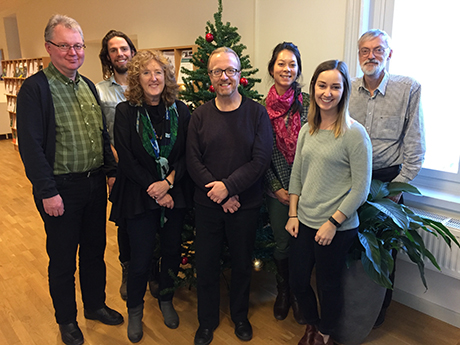